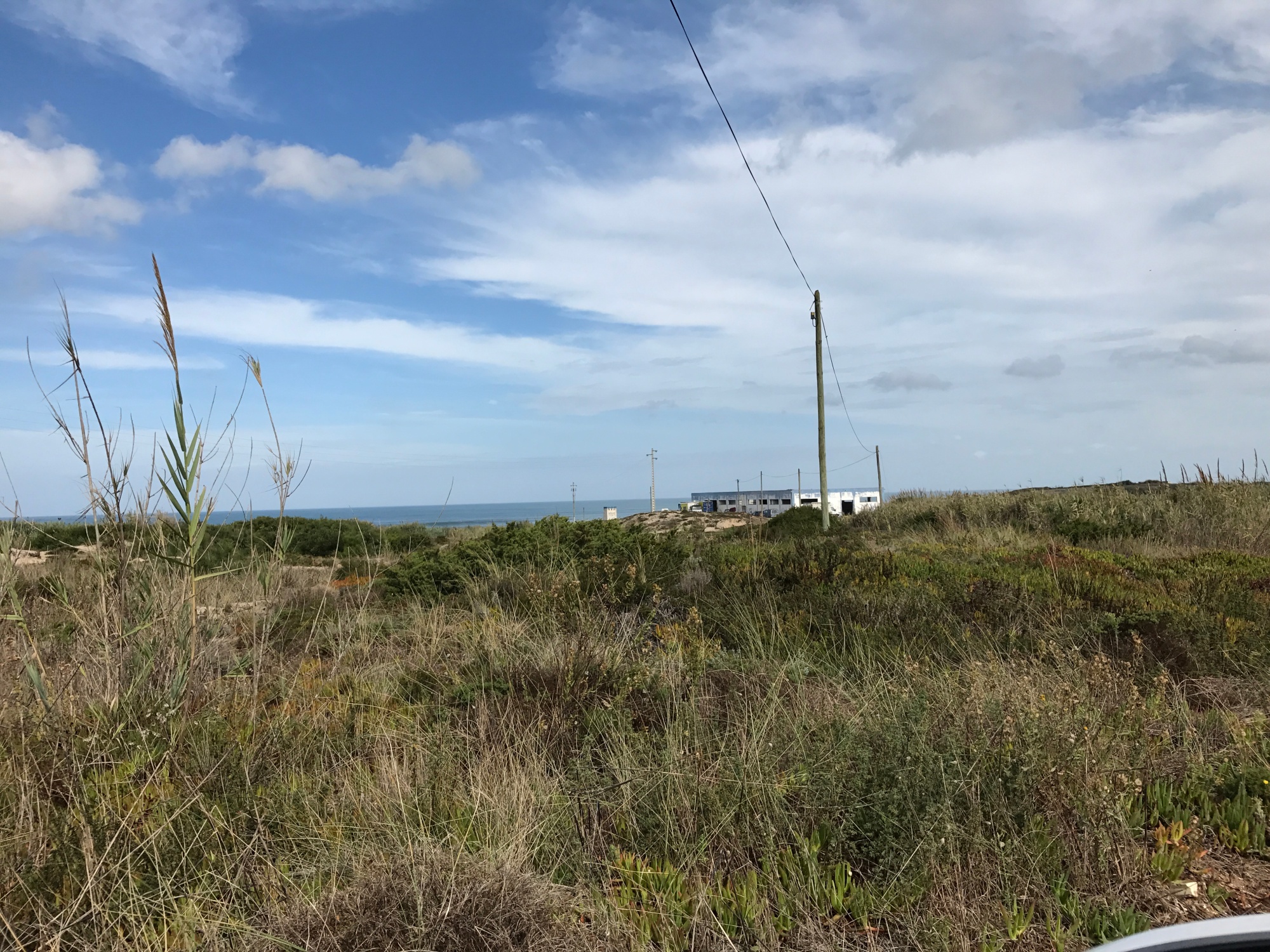 William Finnegan was right when he said surfers have a perfection fetish. They are purists and obsessive and both traits show up at these events. On Friday, they moved the entire contest site thirty five minutes from the main site. The promoters/sponsors had erected a small village at Supertubos, the main site, a spot known for its gaping barrels. (I haven’t surfed there yet, because I haven’t wanted to break a board and it hasn’t been very good. Grinding sand pits with foot thick lips breaking in shallow water just ain’t my thing.) The pros weren’t getting good waves so they moved the contest to “The Factory,” an abandoned sardine factory in the middle of sugar cane and agave and lettuce fields amidst a maze of dirt roads, several miles away from the town of Baleal. There’s no parking and people walked in the mud – it had just rained – for a mile or more to sit on the sand or the dunes and take in heats.

For us watching from home in the states, we tune in on our phones, watch during our kids’ basketball practices or piano lessons but we have no idea of the production that goes into staging one of these events or the difficulty the fans go through to watch them.  People travel from all over Portugal to make a weekend of something that may or may not happen. On Saturday they started the contest at 8:30 a.m. at The Factory and ran until 11:30 a.m. before calling it off and telling the fans to come back at 3:30, when it was raining. At 3:30, they said the next call was 5:00 p.m., and then didn’t run. On Sunday, they called the contest off for the day, and the rumor was that it wouldn’t run again until Tuesday back at the regular site. I had plans to go up to Nazaré on Monday to watch the seventy foot surf when they called the contest on again. They started the contest immediately, as soon as the email went out from the website. People rushed to the contest site and then they called it off again around noon with the goal of looking at it again at 2:00. At 2:00, they said they’d run the contest at 3:00 and ran it until dark. The next morning they decided to run the contest just after 8:00 a.m., just after sunrise. People eat dinner here around 11:00. Bars close at 6:00 a.m. They held the heat that crowned this years’ World Title at 9am on Tuesday morning. Amazingly, the beach filled up in the rain for the championship, with people of all ages showing up every time they said they were going to run heats.

There is an endless argument about whether surfing is a lifestyle sport or a real competitive sport. Always, those that have bought into the lifestyle argument say that the sport, that the pros, have made things too corporate. But the way this tour operates, the corporations have bought into the surfers. When round five was running, I was in the VIP tent, half watching the heat and talking to Patricia, an executive with one of the sponsors. She’d been driving the hour up from Lisbon each day. At the factory, there was no VIP area to schmooze clients, and whatever clients did show up had to walk at least a mile in the mud. Patricia had to keep going back and forth to Lisbon for heats that didn’t happen and clients that didn’t show. When I told her that quip about surfing not being an adult sport because adult sports are things you can schedule, say, play racquetball at 4:00, cocktails at 5:00, she agreed emphatically. You even have a playing field that is constantly shifting and a scoring system, with hundreds of thousands of dollars at stake, that is completely subjective. Unlike football or basketball, where everyone knows what a point is worth, not even the pros I watched heats with could guess how the judges would score a ride. It is hard to think of a stranger event for a buttoned up corporate sponsor to host than a professional surf contest. But Patricia couldn’t argue with the crowds, with women like Aggie, here from Poland to surf and watch the contest. The surfers who think surfing has gotten too corporate have it backwards; the cooperation’s have discovered the surfer’s are a demographic they have to cater too. It’s sheer madness, all very surfer, and all very poetic – frustrating and beautiful at the same time.